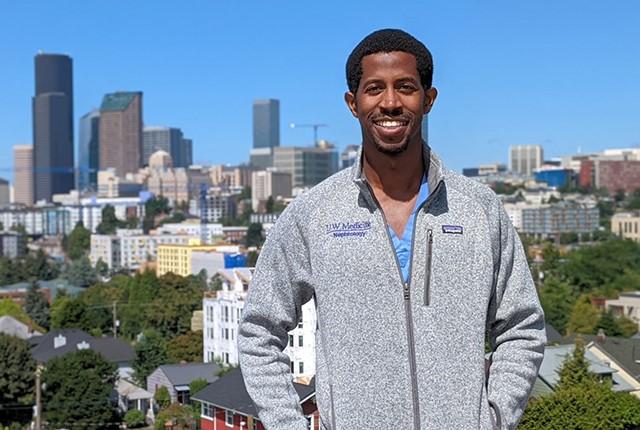 Nephrology fellow Justin Bullock has managed bipolar disorder and depression in part by sharing his story and listening to others.
Scroll for more

Back to top
Categories
Education

Justin Bullock, fellow in the Division of Nephrology, is a suicide survivor who’s lived life openly with bipolar disorder and depression. And he’s a gay man who wasn’t accepted by his family when he came out to them.

Some of his experiences are difficult. But he also knows he’s not alone.

“I think the biggest thing that I just really want to say over and over and over again is that I don't think that my struggle with mental illness is special in any way,” Bullock said. “Every time that I've spoken — and I've spoken a lot of times at this point — there's always someone who comes up to me who shares some aspect of my experience, whether it's themselves directly, whether it's their sibling, a best friend. And I think this concept of suffering and mental illness is just extremely prevalent.”

Bullock has written and spoken extensively about his experiences, and was recently recognized for his work recently by WebMD, which in September named him one of its 2022 health heroes.

The nephrology fellowship is his day job, but he’s also been conducting medical education research into how acknowledging and leveraging identity can improve healthcare and provider-patient understanding and interactions. He plans to publish his findings and is currently applying for a Health Professions Education PhD through his fellowship.