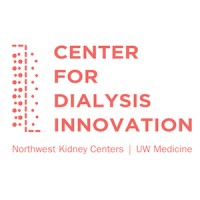 Back to top
Categories
Awards Research

The Center for Dialysis Innovation began at the University of Washington by Nephrology Professor Jonathan Himmelfarb, MD and Bio and Chemical engineer Buddy D. Ratner, PhD. The Center has been very active and scientifically productive, and has made a number of fundamental discoveries pushing toward breakthrough technologies.

The Kidney Innovation Accelerator (KidneyX) was created as a public-private partnership between the U.S. Department of Health and Human Services  and the American Society of Nephrology. The goal of KidneyX is to accelerate innovation in the prevention, diagnosis, and treatment of kidney diseases, through a series of prize competitions. The CDI was one of 15 awardees last year in an early (Phase 1) competition. The second phase of the KidneyX Redesign Dialysis sought prototype solutions, or components of solutions, that can replicate normal kidney functions or improve dialysis access.

Learn about the winning submission