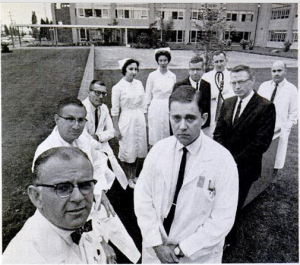 The Division of Nephrology was established in 1960, and is regarded as the birthplace of outpatient dialysis worldwide.
Scroll for more

The Division of Nephrology was established in 1960, and is regarded as the birthplace of outpatient dialysis worldwide.

Prior to the 1950's failing kidney function was a guarantee of death. Early decisions by the “Life or Death Committee”, as featured in the 1965 NBC documentary Who Shall Live?, regarding who should or should not receive dialysis were seminal in shaping the field of medical ethics.

We currently have 39 faculty members, 64 staff members and 10 fellows.

“Our faculty and staff are our biggest asset. We really pride ourselves on being a team, within which individual innovation and boldness is strongly encouraged and enabled.

Recent major advances in kidney research at UW Medicine and beyond provide renewed hope for our patients.

I remain confident that the field of nephrology is moving in a very positive direction.”

We are proud of our proven track record of providing our nephrology fellows with a wide-range of sought-after career opportunities. Several of our former fellows have transitioned to become UW faculty members.

We have recently established a Kidney-Liver Care Program, a first of its kind.

Our kidney transplant program at UWMC is one of only four in the nation with higher than expected three-year patient survival rates.

We are particularly proud that while the overall NIH funding rate for the past two years has been below 20 percent, the Division of Nephrology’s funding rate has been over 70 percent.

Kidney Research Institute, the first of its kind

The Kidney Research Institute, led by Dr. Jonathan Himmelfarb, is a unique collaboration between UW Medicine and Northwest Kidney Centers, and is the first of its kind in the nation. KRI researchers are working on innovations in kidney research:

Dr. Dan Lam, Medical Director for Palliative Care Services at HMC, received a Cambia Center of Excellence grant award to study end of life decision making in dialysis units. He has been featured in several news outlets for his role in the Homeless Palliative Care Outreach Program.

We have a divisional soccer team – Kidney United – that has been going strong for the last 9 years and competes in a local competitive league. 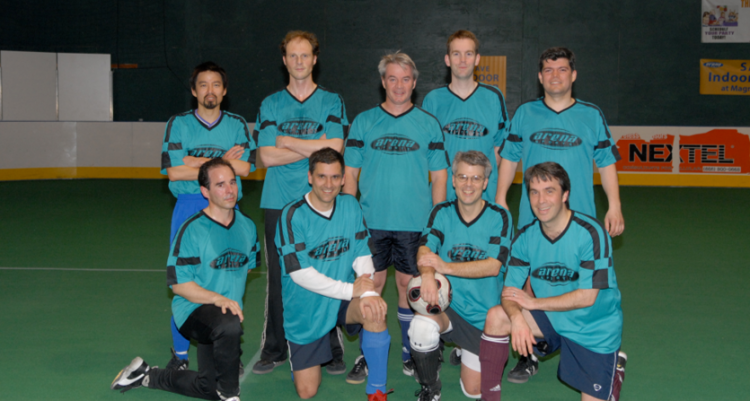