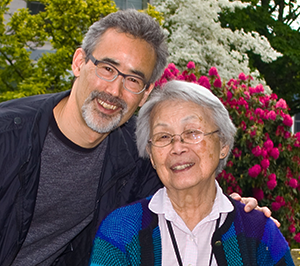 VSED (Voluntary Stopping Eating and Drinking) is an option for for people with decision-making capacity who want to manage their death.
Scroll for more

Back to top
Categories
Clinical Faculty

It’s not only patient cases that inform clinicians' expertise. Geriatrician David Gruenewald took a lesson from his mom, Mary, who at the time was a resolute, capable woman in her late 80’s. As Alzheimer’s encroached conspicuously into her life, she considered hastening her death so as not to burden her children.

The plan his mom considered was to stop eating and drinking.

As an option for people with decision-making capacity who want to manage their death, VSED (Voluntary Stopping Eating and Drinking) has not drawn the same public scrutiny and controversy as medical aid in dying, in which a clinician provides drugs that a patient takes — a practice that's legal in only 11 U.S. states.

“The way you die has an effect on the people that you leave behind,” Gruenewald said. “And there is evidence that, for many people, VSED can be more peaceful than dying by medical-assisted dying.”

VSED’s lack of immediacy gives the patient time to reminisce over stories and to say goodbye to friends and family. This opens the process and can make it more harmonious for all, Gruenewald said.